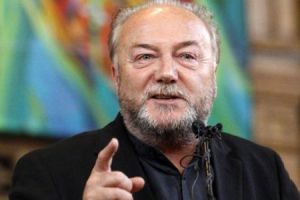 Useful Idiots are naïve, they are foolish, they are ignorant of facts, they are unrealistically idealistic, they are dreamers and they are willfully in denial or deceptive. They hail from the ranks of the chronically unhappy. They are anarchists, they are aspiring revolutionaries, they are neurotics who are at war with life, the disaffected alienated from government, corporations, and just about any and all institutions of society. The Useful Idiot can be a billionaire, a movie star, an academe of renown, a politician, or from any other segment of the population. Arguably, the most dangerous variant of the Useful Idiot is the “Politically Correct.” He is the master practitioner of euphemism, hedging, doubletalk, and outright deception.

The Useful Idiot derives satisfaction from being anti-establishment. He finds perverse gratification in aiding the forces that aim to dismantle an existing order, whatever it may be: an order he neither approves of nor feels he belongs to.

The Useful Idiot is conflicted and dishonest. He fails to look inside himself and discover the causes of his own problems and unhappiness while he readily enlists himself in causes that validate his distorted perception.

Understandably, it is easier to blame others and the outside world than to examine oneself with an eye to self-discovery and self-improvement. Furthermore, criticizing and complaining—liberal practices of the Useful Idiot—require little talent and energy. The Useful Idiot is a great armchair philosopher and “Monday Morning Quarterback.”

The Useful Idiot is not the same as a person who honestly has a different point of view. A society without honest and open differences of views is a dead society. Critical, different and fresh ideas are the life blood of a living society—the very anathema of autocracies where the official position is sacrosanct.

Even a “normal” person spends a great deal more energy aiming to fix things out there than working to overcome his own flaws and shortcomings, or contribute positively to the larger society. People don’t like to take stock of what they are doing or not doing that is responsible for the conditions of which they disapprove.

But the Useful Idiot takes things much farther. The Useful Idiot, among other things, is a master practitioner of scapegoating. He assigns blame to others while absolving himself of responsibility, has a long handy list of candidates for blaming anything and everything, and by living a distorted life, he contributes to the ills of society.

The Useful Idiot may even engage in willful misinformation and deception when it suits him. Terms such as “Political Islam,” or “Radical Islam,” for instance, are contributions of the Useful Idiot. These terms do not even exist in the native parlance of Islam, simply because they are redundant. Islam, by its very nature and according to its charter—the Quran—is a radical political movement. It is the Useful Idiot who sanitizes Islam and misguides the populace by saying that the “real Islam” constitutes the main body of the religion; and, that this main body is non-political and moderate.

Regrettably, a large segment of the population goes along with these nonsensical euphemisms depicting Islam because it prefers to believe them. It is less threatening to believe that only a hijacked small segment of Islam is radical or politically driven and that the main body of Islam is indeed moderate and non-political.

But Islam is political to the core. In Islam the mosque and State are one and the same—the mosque is the State. This arrangement goes back to the days of Muhammad himself. Islam is also radical in the extreme. Even the “moderate” Islam is radical in its beliefs as well as its deeds. Muslims believe that all non-Muslims, bar none, are hellfire bound and well-deserve being maltreated compared to believers.

No radical barbaric act of depravity is unthinkable for Muslims in dealing withothers. They have destroyed precious statues of Buddha, leveled sacred monuments of other religions, and bulldozed the cemeteries of non-Muslims—a few examples of their utter extreme contempt toward others.

Muslims are radical even in their intrafaith dealings. Various sects and sub-sects pronounce other sects and sub-sects as heretics worthy of death; women are treated as chattel, deprived of many rights; hands are chopped for stealing even a loaf of bread; sexual violation is punished by stoning, and much much more. These are standard day-to-day ways of the mainstream “moderate” Muslims living under the stone-age laws of Sharia.

The “moderate” mainstream of Islam has been outright genocidal from inception. Their own historians record that Ali, the first imam of the Shiite and the son-in-law of Muhammad, with the help of another man, beheaded 700 Jewish men in the presence of the Prophet himself. The Prophet of Allah and his disciples took the murdered men’s women and children in slavery. Muslims have been, and continue to be, the most vicious and shameless practitioner of slavery. The slave trade, even today, is a thriving business in some Islamic lands where wealthy, perverted sheiks purchase children of the poor from traffickers for their sadistic gratification.

Muslims are taught deception and lying in the Quran itself—something that Muhammad practiced during his life whenever he found it expedient. Successive Islamic rulers and leaders have done the same. Khomeini, the founder of the 1979 Iranian Revolution, for instance, rallied the people under the banner of democracy. All along his support for democracy was not a commitment of an honest man, but a ruse. As soon as he gathered the reins of power, Khomeini went after the Useful Idiots of his time with vengeance. These best children of Iran, having been thoroughly deceived and used by the crafty phony populist-religionist, had to flee the country to avoid the fate of tens of thousands who were imprisoned or executed by the double-crossing imam.

Almost three decades after the tragic Islamic Revolution of 1979, the suffocating rule of Islam casts its death-bearing pall over Iranians. A proud people with enviable heritage is being systematically purged of its sense of identity and forced to think and behave like the barbaric and intolerant Muslims. Iranians who had always treated women with equality, for instance, have seen them reduced by the stone-age clergy to sub-human status of Islamic teaching. Any attempt by the women of Iran to counter the misogynist rule of Muhammad’s mullahs is mercilessly suppressed. Women are beaten, imprisoned, raped and killed just as men are slaughtered without due process or mercy.

The lesson is clear. Beware of the Useful Idiots who live in liberal democracies. Knowingly or unknowingly, they serve as the greatest volunteer and effective soldiers of Islam. They pave the way for the advancement of Islam and they will assuredly be among the very first victims of Islam as soon as it assumes power.

FamilySecurityMatters.org Contributing Editor Amil Imani is an Iranian-American writer, poet, satirist, novelist, essayist, literary translator, public speaker and political analyst who has been writing and speaking out about the danger of radical Islam both in America and internationally. He has become a formidable voice in the United States against the danger of global jihad and Islamization of America. He maintains a website at www.amilimani.com. Imani is the author of the riveting book  Obama Meets Ahmadinejad and the upcoming thriller Operation Persian Gulf.
Source:  http://www.familysecuritymatters.org/publications/id.9860/pub_detail.asp